Almost four months ago I posted this tribute to my dog Lucy who had very suddenly passed away from cancer. Before I’ve even had a chance to blog about the addition of a new puppy to our home, I find myself reeling yet again from the loss of another beloved old pet. I’ve decided to begin the post with an identical disclaimer to then that I gave then.

There are two kinds of people in this world, animal people and people who just don’t get us. If you are one of those that doesn’t get us, you might want to skip this blog and just come back on another day. 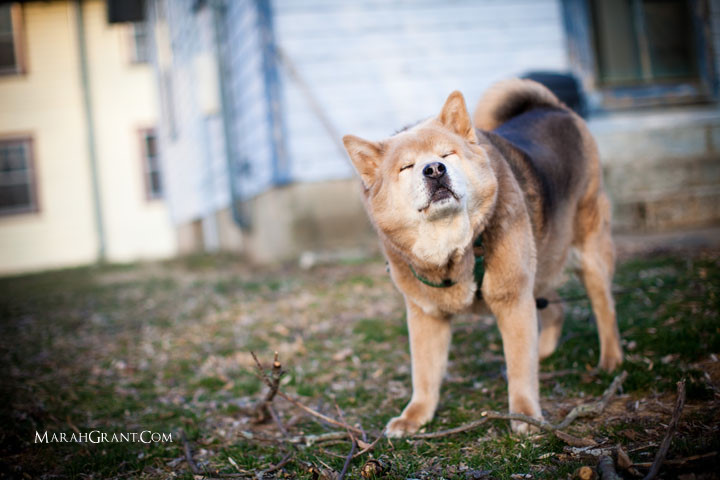 Cody was my first pet ever. We picked him up from the animal shelter only two months after we got married- thirteen years ago. He was part of a litter of 8 puppies and as far as I know only 2 of the puppies from the litter survived because they all had kennel cough. We chose him because he was the only puppy who didn’t seem to care that we were there. All the other puppies were bouncing gleefully by the gate trying to say hi. He on the other hand lay in the back corner doing his own thing. I loved his independence. Little did we know, that would be his personality for the rest of his life. We brought Cody home and noticed almost immediately that he didn’t seem quite right. We took him to the vet only a day later worried that he would die. Our vet acted quickly, rehydrated him, and literally saved his life.

As a puppy he had grey fur and blue eyes. As he aged his eyes turned brown and he got a Shepherd’s saddleback coloring but looked like a Chow.

Cody was the reason that we got Lucy. He would often loudly complain after we’d been away from home that we left him there all alone. He made it clear pretty early on that he needed a companion. We reluctantly agreed to meet his demands, but were very happy with the decision when he perked up significantly after he wasn’t home alone so much.

At only 5 years old Cody suddenly lost sight in his left eye. Glaucoma is a genetic predisposition in Chows and he inherited the problem. About six months later his right eye followed suit and he was completely blind for the rest of his life. Because Cody had always been lazy and almost belligerently inactive… going blind didn’t really seem to bother him. He enjoyed that we could no longer try to make him go on walks. But instead would let him lounge around the house and enjoy his life of leisure. I remember once when he was only 2-3 years old we took him on a walk and only got two houses away before he lay down in the street and refused to move. David had to actually pick him up and carry him home! What the blindness did for him was gave him an excuse to work visitors for sympathy pets. He was notorious in our home for exaggerating his disability in the presence of guests and it would always work to his advantage. (Yes, he really was that smart!)

Cody “ran away from home” once when a friend accidentally left the back gate open. We searched the neighborhood frantically for him before we realized that he never even made it off our property. He got as far as the front porch. Lazy.

We have reason to believe that Cody may have been able to smell cancer. On several different occasions he would react very strongly around people by barking and growling. It never seemed angry but more of a warning. All four of the individuals that he did this to were later diagnosed with cancer. He also did this to Lucy before we found out she had cancer in her spine. He’d bury his nose in her back around where we now know the tumor was and she’d get very annoyed with him.

The only disadvantage to owning Cody was all. the. fur. We used to brush him in the Fall and Spring when his shedding was the most severe and end up with a pile of fur as big as he was. We’d laugh and say “Cody’s losing another litter!” or “Cody’s having puppies again!” My in-laws very generously gifted me with a Dyson Pet Hair Vacuum a few years ago for Christmas after Cody fur had killed at least three previous machines. I’d do infomercials for that thing! It’s amazing.

After Lucy passed away Cody spent a few days wandering around the house crying. He required a lot of extra attention when we came home from work and he seemed to isolate himself in the back yard a lot. We decided within a month to get him another friend. We adopted Millie, an 8 week old chocolate lab, in November to help Cody feel less lonely. He enjoyed her. He played with her in the way I would imagine a great grandpa would play with a toddler. He’d let her run circles around him and would entertain her with his barks and swipes with his paw as she passed. When she grew tired of this game she’d often collapse almost on top of him for a nap. Millie adored him! He tolerated her.

Last Sunday we noticed that Cody was acting a little strangely, but chalked it up to old age and arthritis in his back hips. By Thursday we realized we were probably in denial. By Wednesday and Thursday he’d stopped getting up and walking unless he absolutely had to. He wasn’t eating, he refused treats, and then he started vomiting and having diarrhea in the house. I can’t remember him having an accident in the house since only days after we got him as a 8 pound puppy. We knew he was in rough shape and something was wrong. To be honest, on Thursday night I pretty much knew it would be our last night with him. I prepared myself to say goodbye and tried to give him as much extra love as possible. David carried him in and out for bathroom breaks and patiently cleaned up the carpet every time Cody got sick.

We were unable to schedule an appointment with our regular vet because he was out of town at a veterinary conference. We called around a little and were able to get in with another vet. At the vet they confirmed our worst fears. Cody was severely anemic, dehydrated, his liver was greatly enlarged and there was a large tumor on his spleen causing his belly to hang really low. He was miserable. So miserable in fact that he was compliant when the vet tech took his temperature. When I saw that he didn’t protest his temp being taken… I knew. Cody had never in his life been good for a vet visit. Seeing him “behave” let us know that he’d given up his fight. We agreed with the vet’s recommendation and decided to let him go.

With a last few sobs we said goodbye and watched him slip away peacefully. When it was all over I was overwhelmed with a feeling that he looked exactly like Aslan on the Stone Table. Regal and Beautiful.

We were especially surprised that Cody was ill because he’d gotten a glowing health report from the vet in early November. The vet mentioned that when two dogs grow up together it is fairly common for one to die pretty soon after the other. I think David and I both like the idea that Cody missed Lucy too much and wanted to join her. We miss her too, still, and it’s a nice thought that we were not alone in that.

Just a quick kinda funny/kinda awful story before I move on… As if losing Cody wasn’t already awful enough, as soon as we got home from the vet’s office I opened a box that was on our front porch. In it were Happy Hips dog treats, mild pain meds, and arthritis supplements for Cody. Way to kick me while I’m down, Amazon!

There are a lot of other kinda funny/kinda awful stories I could tell about the day we said goodbye to Cody. Because we went to a different vet, there were a couple of suuuuuuuper awkward situations. If you’d ever like to hear them just buy me a margarita and hang on to your seat. You WILL laugh, but you’ll also feel a little bad about laughing so hard. We’ll bond. It’ll be amazing… and you’ll understand why we love our vet so much and will never go back to that other vet.

A few things I’m thankful for about the circumstances surrounding this difficult goodbye:

Here are a few of my favorite photos of our handsome Aslan doppelgänger. 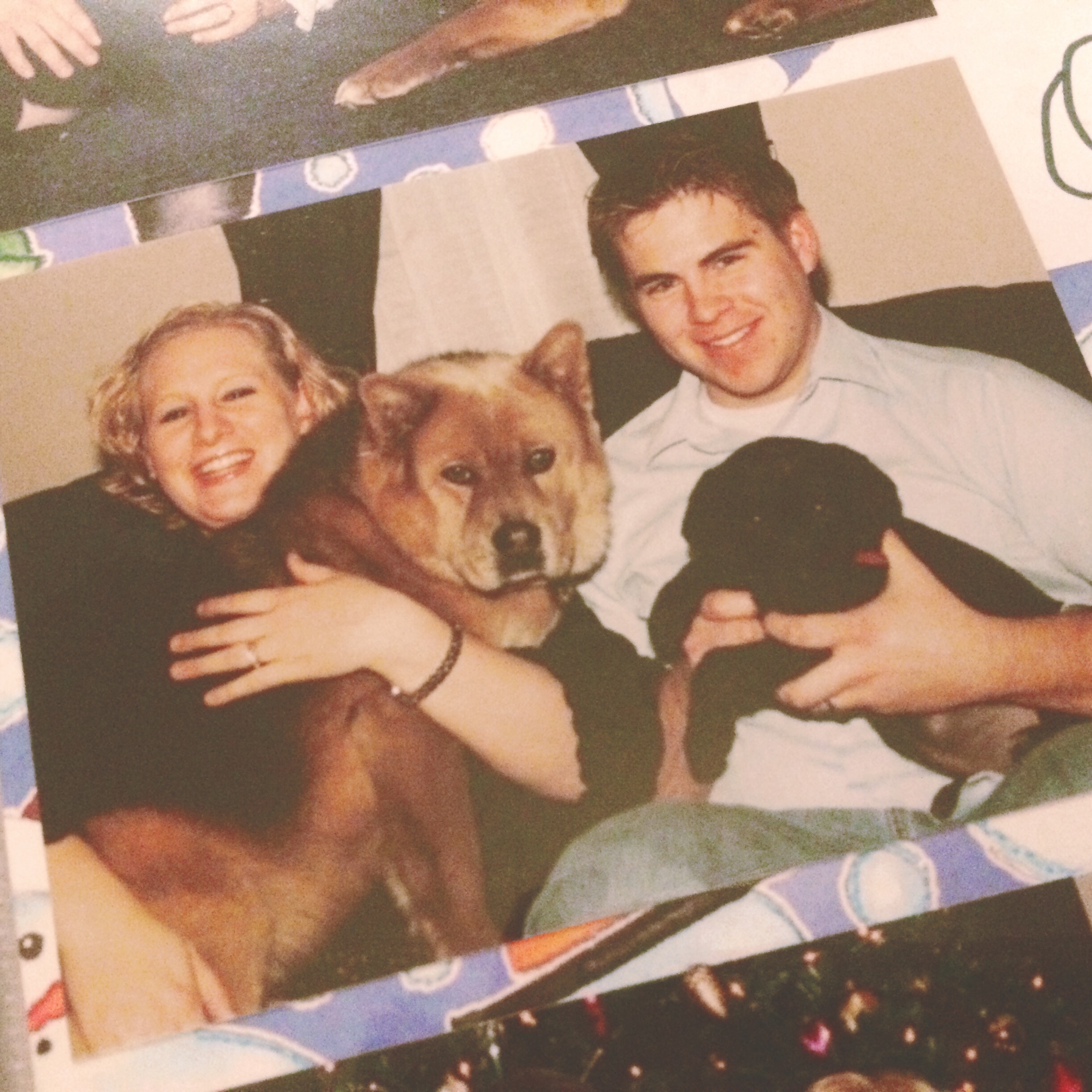 Just a few of my favorite things about Cody: 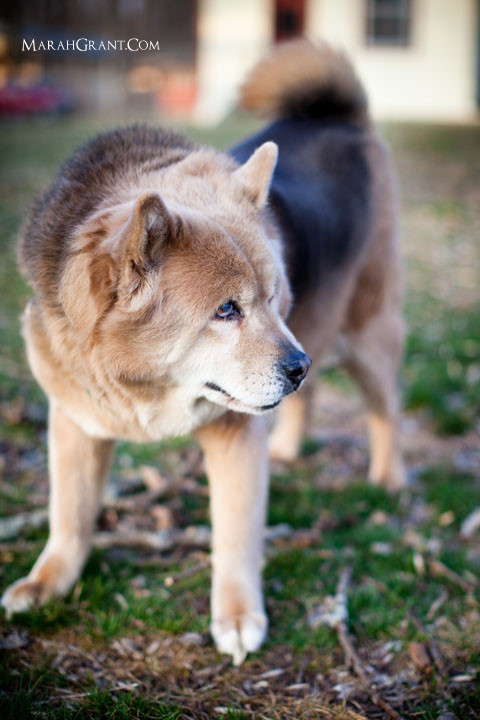 13 years doesn’t seem like long enough, Cody. We’ll never stop missing you or being thankful for you. You were there for the foundation of our marriage and you were a comfort and a friend in ways that you will never know. Sleep well, buddy!

that was such a beautiful tribute … I’m thinking of how marvelous for Cody that you two found him and gave him such a beautiful life. I hear your pain, and once again send hugs and sympathy.

Thankful for the time we got to spend with him when you guys were here. Love and hugs! Marah… I’m bawling.

Beautiful. I am so blessed I got to meet him. I think I was one of his best friends by the end of Superbowl Sunday, especially after he milked me for a 20 minute massage! I am praying for healing for you and David.

James and I tried not to cry as we read this; we were so moved by what you wrote. Thank you for sharing such a personal and meaningful part of your life. Cody was a beautiful dog inside and out, which is evident in all of his photos.